The Resource Management Agency strives to ensure that its customer service standards are consistent with the Agency’s Mission Statement:

The mission of the Resource Management Agency, in cooperation with the public and our partner agencies, is to protect the consumer and community’s health, safety and environment by carrying out adopted laws and policies, and educating, assisting and empowering Ventura County residents and businesses to be good stewards of the land and our resources.

In addition, RMA has identified those core values which will guide us in carrying out our mission. These values are directly related to our customer service and include: 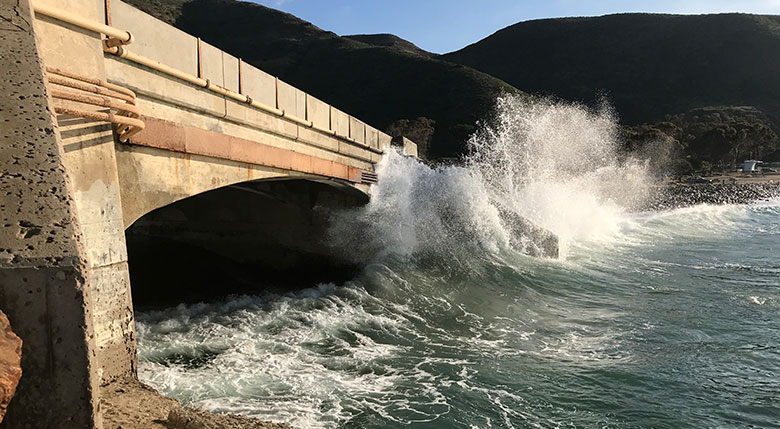 What is the Local Coastal Program?

In 1976, the California Legislature enacted the Coastal Act, which created a mandate for coastal counties to manage the conservation and development of coastal resources through a comprehensive planning and regulatory program called the Local Coastal Program.

Ventura County’s Coastal Area Plan and the Coastal Zoning Ordinance together constitute the "Local Coastal Program" (LCP) for the unincorporated portions of Ventura County’s coastal zone. The primary goal of the LCP is to ensure that the local government's land use plans, zoning ordinances, zoning maps, and implemented actions meet the requirements of, and implement the provisions and polices of the Coastal Act at the local level. Click here for information about updates to the Local Coastal Program.

The Ventura County Coastal Area Plan was last amended on April 25, 2017 by the Board of Supervisors and these amendments were certified by the California Coastal Commission on June 7, 2017 (these updates became legally effective on July 1, 2017).

These regulations are adopted to protect and promote public health, safety, and general welfare; and to provide the environmental, economic, and social advantages which result from an orderly, planned use of resources; and to protect public and private property, wildlife, marine fisheries, and other ocean resources and the natural environment protecting the ecological balance of the coastal zone and preventing its destruction and deterioration.

The Ventura County Coastal Zoning Ordinance was last amended on April 25, 2017 by the Board of Supervisors and these amendments were certified by the California Coastal Commission on June 7, 2017 (these updates became legally effective on July 1, 2017).

A Categorical Exclusion Order is a regulatory document adopted by the Board of Supervisors and the California Coastal Commission to specifically exempt certain categories of development from Coastal Development Permit requirements. These exemptions may be listed in the Coastal Zoning Ordinance, but in cases of discrepancies between the two documents, the Categorical Exclusion Order preempts the Coastal Zoning Ordinance.

Permits Within the Habitat Connectivity and Wildlife Corridor